Why I no longer want to use WhatsApp.

Many of you are probably aware that, for a long time already, WhatsApp is owned by Facebook. To be precise: Facebook bought WhatsApp in 2014 (source). My faith in Facebook was never that great and in 2017 it didn’t get any better because it turned out that Facebook misled the EU during the approval process for the aquisition of WhatsApp. During that process, Facebook stated that they could not combine WhatsApp and Facebook accounts. However, in 2016 they combined the accounts to provide more relevant advertisements (source). That Facebook didn’t learn from the imposed fine of € 110 million needs little explanation (source, source). As if the selling of insight in personal behavior for advertising purposes wasn’t bad enough, it appeared that the data Facebook collected was abused to influence political campaigns. For that, they received a fine of $ 5 billion – reflecting the severity of their crime.

Enough background. I no longer want to contribute to the company. The choices I make have consequences and I am responsible for them. I am sorry I didn’t delete my WhatsApp and Facebook accounts earlier. I consequently have contributed (be it a little) to Facebook’s misconduct. The though of asking all my contacts to switch to Signal made me stick with WhatsApp. I chose for convenience instead my personal values. Hence this message: I stopped using WhatsApp, Facebook and Instagram.

There’re quite a few alternative for WhatsApp (Telegram, Viber, etc.) but there’s one that stands out above all the others: Signal. The company behind Signal is non-profit organization. They have no advertisements and do not collect personal data. Their income comes solely from donations. These facts already sets them apart from all the other but there’s one thing that makes them really special: the have developed the Signal Protocol.

The Signal Protocol makes sure no one can intercept your messages while they are on their way to your friends (for example hackers, intelligence agencies, etc.). This is called end-to-end encryption. Signal made this protocol available for public use and made it so well, that it’s not just them who use it, WhatsApp and Telegram use it too, already for over 5 years. Now you might think “Why would I switch to Signal if WhatsApp and Telegram already make use of the Signal Protocol?”. Well, while on their way to the recipient your messages are secure, however, WhatsApp sends your metadata, which includes who you are having contact with, when and how often, to Facebook (source, and here you can read more about metadata). Theoretically, Facebook can also access your entire message history (source). I do not know whether Facebook reads your WhatsApp messages. Facebook does not provide any openness and therefore no one can check it. They ask you to have blind faith in them. I am no so much into blind faith, especially when it regards Facebook.

Signal doesn’t ask you to have faith in them. All their software is open source and public, which means that everyone can check whether they do what they say they do. Therefore you know for sure they do not secretly collect you data.

All in all, in almost every aspect Signal is the opposite of Facebook/WhatsApp and therefore it is a fantatic alternative for WhatsApp. There’s one thing they have in common: their Apps have the same feautures and are easy to use. Last year, great progress has been in Signal and there’re no longer features I miss. And the small difference in ease of use? That’s a price I pay wholeheartedly for no longer supporting Facebook.

Do you also switch to Signal?
iOS https://apps.apple.com/us/app/signal-private-messenger/id874139669
Android: https://play.google.com/store/apps/details?id=org.thoughtcrime.securesms&hl=en_us

Why I didn’t switch to Telegram.
Telegram, as opposed to Signal, doesn’t provide full openness about their software. You have to have faith in them. Moreover, Telegram says they are non-profit, however, their choices do not seem to reflect that. Instead of being a non-profit organisation, they are enrolled as commercial business and they do not provide openness nor do they explain where they get their money from. 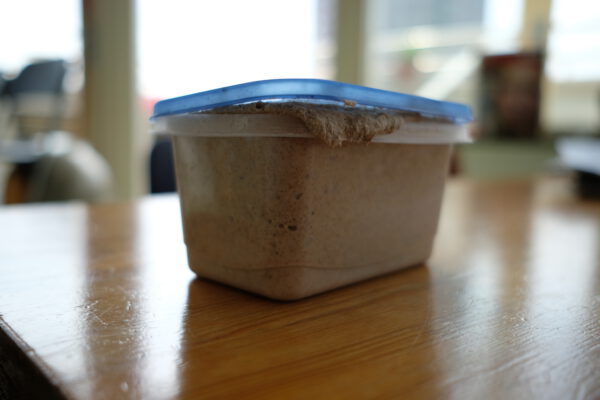 In need of a sourdough starter?

A random post about the speed of SD cardreaders